For all the deserved humour about New Zealand’s laidback ‘Kiwi culture’, there’s no doubt that it remains a country where the motive force of helping each other out is seriously alive and well.

For a relatively isolated island nation, only just nudging past 4.5 million people, there remains a healthy extra dose of community spirit, mixed in with a tangible and deeply ingrained sense of self-reliance plus a belief in giving each other a fair go.

A national trait of pitching in at times of crisis or hardship is a strength in New Zealand, demonstrated by the $128 million raised in the New Zealand Red Cross Earthquake Appeal after the harrowing and disastrous Christchurch earthquakes.

In a very real sense the degrees of separation within cities and communities throughout New Zealand, between fellow citizens or next-door neighbours, are understandably compressed, and much has been written about the defining characteristics of ‘being Kiwi’.

At a street-level those characteristics may translate into behaviours and actions as simple as turning up to a friend’s doorstep with a box of clothes for the new baby or extra food for the family barbeque, or be exhibited through the high levels of volunteering in New Zealand, or through the nation’s high placing at fifth in the 2014 World Giving Index.

New Zealand also has a well-earned reputation for innovation, early adoption of good causes and technologies, and a predilection for homegrown, common sense answers to everyday challenges.

The growth of a sharing economy.

Taken together all of these underlying indicators of a sharing culture make for some very friendly New Zealand shaped conditions for the growth of a Sharing Economy.

When Trade Me first launched in 1999, no one would have thought the small marketplace website would eventually amass over 3 million users.

At the time the fact this would multiply to over 3 million would have been all but impossible to believe.

In recent years the New Zealand appetite for popular online marketplaces to exchange goods and services for mutual benefit has taken another upturn with the rise and rise of systems that step back from reliance on traditional institutions, and are instead based squarely and fairly on a range of people-to-people solutions.

In a sphere that directly aligns to New Zealanders’ generous community spirit are local crowdfunding platforms like Pledgeme and Givealittle which have quickly taken root and gone from strength to strength. Also sweeping the shoreline are global success stories like Uber, the transportation alternative.

The timing then in the money-space occupied by banks for a peer-to-peer lending (P2P) platform that’s got the ethos of sharing at its core, and is close to home, couldn’t be better.

That platform, niftily named Harmoney, has arrived at a time when consumers are hungry for exchange systems that aren’t burdened with big draining costs, that save them money in the case of borrowers and generate a good return in the case of investors.

Matching money out with money in.

When you’re wanting a smart pathway to consolidating your debt or are planning for a moderate loan for that next car or next rung up the property ladder (with or without your parents), then the thing you need most is a fair go on interest rates which is central element and benefit of the licensed Harmoney model.

As a new way of lending and borrowing that has blossomed in other countries a sign of the natural fit that Harmoney presents for New Zealand’s sharing culture is an early cornerstone investment from the pioneering Trade Me.

That's also a sure sign that changes to the money-scape and accompanying mindsets are here for good.

As one customer said, “less than a week after we applied for funds to renovate our house the funds were in my accounts. Harmoney leaves the banks for dead.” Why not join this happy camper and check out Harmoney today? 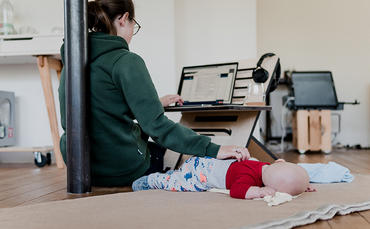