Jason (pictured with one of his Indian ring-neck parakeets) and his wife hand-rear birds, which are then sold through pet shops – Cockatiels, Indian Ringneck parrots, Moustache parrots, and pink and grey Galahs. They’re not commercial breeders - they do it because they love it. Hand-rearing birds allows them to spend time with animals they love, and the birds grow up super-friendly, making them great pets.

Jason’s first loan with Harmoney wasn’t bird-related - it was a vehicle loan. “It was so long ago I’m not sure if it was to buy a vehicle or for repairs to a vehicle - it was one or the other”, but it was the start of a relationship with Harmoney that’s come in handy over the years. When Jason needed to build a new aviary he wanted to ensure that when the time came to move house he could easily dismantle it and take it with him. He had his vehicle loan, but with a Top Up loan from Harmoney he was able to invest in a custom design and build. “If I ever need to move again, I can easily pull it apart and take it with me. It was quite an expensive build but it’s going to last forever, so it’s worth it.”

More recently, Harmoney came in handy for another automotive necessity, when the automotive computer in his car had a catastrophic failure. As cars have become more complex, so have automotive electronics. And with that, the increase in costs to source and replace sensitive components like their computers. But with over 250,000 kms on the clock, Jason thought it might be time to look into replacing the car instead of just the computer. “It was one that my wife had brought a few years ago and was just so incredibly cheap to run - that’s why we held on to it for so long, but it finally gave up the ghost with the electronics.” And not really knowing “what else might go wrong further down the road”, Jason decided it was time to look into something more reliable - especially as his commute to work is 77Kms.

With his Harmoney loan, Jason had the flexibility to look for the car he wanted – which turned out to be owned by someone he knew. “They’d never really said that they wanted to sell it, but when mine gave up the ghost I said ‘hey, what are you doing with that thing you don’t drive?'”

Jason’s story is a great example of how flexible a Harmoney loan can be. At Harmoney, our purpose is to help people achieve their goals with financial products that are fair, friendly, and simple to use. If a Harmoney personal loan could help you do more, get your quote today.

Ever get the feeling you’re operating on auto-pilot when it comes to your finances? It’s easy to do: money comes... 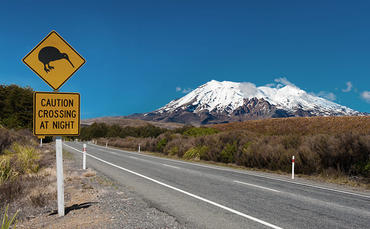 Making the most of a journey

Once you talk to Harmoney customer, Jone, it will come as no surprise that he likes to make the most...